I can count on one hand the number of times I’ve felt butterflies. You know- the kind that Taylor Swift sings about, the ones you feel before a first date with that boy you’ve had a crush on for a long time? Surprisingly, one of my most butterfly-inducing moments didn’t involve a love interest at all; it was when I walked in for my first day of work at Cadreon. I celebrated my two-year “Cadreversary” at the beginning of June (along with two of my best girlfriends, s/o Megan & Alexa) and it got me thinking about how much has happened in the past 730+ days.

In June of 2016, I was fresh on the scene in New York. I only had two weeks in between graduation and my first day of work, which meant two weeks to find an apartment, move, and figure out how to get my ass from Brooklyn to Midtown. Such a short turnaround left me with little time to sit around and contemplate the weight of starting a career, which was better in the long run because there were some challenges I wouldn’t have been able to prepare for even if I tried. Any anxieties that I would have conjured up in those two weeks would have turned out to be irrelevant since many of the struggles I actually experienced were specific to the job, which I only had a high-level concept of.

The first few months of work were a huge adjustment for me. I took me a long time to wrap my head around the programmatic ecosystem (anyone who works in the digital landscape will tell you that what we do is not intuitive) and on top of this, I was so eager to be useful that I was in most cases, quite the opposite. I had to learn to admit when I wasn’t grasping concepts (which was often) and learn that having a sense of fitting-in would take time…a long time. I remember wanting like I had never wanted anything else in the world the close bonds that so many of my coworkers shared. What I’d come to find out, though is that the more comfortable I became with the work I was doing, the easier it became to establish genuine friendships.

Time went on, and slowly but surely I found my rhythm. I grew to understand my role and developed an interest in learning (and more importantly, understanding) the ins and outs of programmatic. As I gained confidence I started taking on projects that forced me to get outside my comfort zone – and as I look back I notice that the opportunities I sought (and continue to seek) gave me the same rush as the first day of work did. Whether it was leading a client call or throwing myself at the product team to learn how a new internal tool worked, these projects gave me a feeling in my gut that mimicked the butterflies that I felt on my first day of work. It turns out I really love being outside my comfort zone.

The first time I felt like I’d actually accomplished something at work was when I lead my first client call, about 6 months in on an account that was relatively new to my team. I was super anxious about it because up until this point I was feeling very insecure about my progress at work; I felt so far behind my peers, I hadn’t had much client exposure, and although I was really eager to prove myself I was terrified of failing. My stomach was in knots but once the call started and I got my flow, I forgot all about my anxiety and realized how much I liked talking to clients. I surprised myself with how collected I was and felt confident about what I was speaking to. After the call, my boss turned to me and said, “Where did that come from?” – I couldn’t have been more relieved. As simple as the call was compared to presentations that I’d end up doing down the road, all I needed was to be pushed outside my comfort zone to make me realize that I wasn’t as “far behind” as I thought, in fact not at all.

After that, I felt like I could breathe a little easier. Not only did that experience prove to my coworkers that I was a capable human, but it allowed me to get more comfortable with them, especially my bosses. The friendships that I wanted so desperately finally started to blossom and a few months later I was able to get involved with a project that is still near and dear to my heart – happy hour planning. The person in charge of it at the time was looking to pass the baton and I couldn’t have been more excited to get involved. I loveeee anything that has a hospitality element, and even better, it was an opportunity to impact the culture at Cadreon.

If my first client call made me feel more competent about the work I was doing, taking on happy hour responsibilities made work fun. I was contributing to something tangible that everyone enjoyed, and I love being the liaison between Cadreon and the partners that we work with to host the events. We have an office happy hour almost every week so there’s always something to plan – and as a person who loves people and loves being busy, it was a perfect “extracurricular” for me. It makes me so happy to see everyone come together and to cheers to a hard week over – and while it’s can be tedious at times, it’s so worth it. (This summer in the office we are kicking off a team happy hour competition; each of the 7 teams in my office will plan & host their own HH for a chance to win a prize & major bragging rights. I am so excited to see it all go down.)

There are so many more stories I could tell about my time at Cadreon. I’ve made my fair share of mistakes, had a handful of freaking awesome personal victories, and learned more than I did in four years of college. More importantly, I’ve made some incredible friendships and developed bonds deeper than I ever imagined possible during those first few insecure months of work.

For so long I’ve chased that butterfly feeling in all the wrong places – thinking it can only be fulfilled by a boyfriend or a text from a crush. But as I reflect back on my past two years, it only makes sense that Cadreon induced such a rush on that first day. I’ve been given so much autonomy to create my own path – much more than I expected in such a “structured corporate environment”, especially since Cadreon falls under the umbrella of a large holding company. I’ve experienced more fulfillment from work than I give work credit for – and while I have no idea what the future holds, I’m thankful for Cadreon being such an incredible space to start my career.

Big shout out to my work fam. I’m so proud to be surrounded by people that constantly encourage me to pursue things I’m passionate about, in and out of the office. 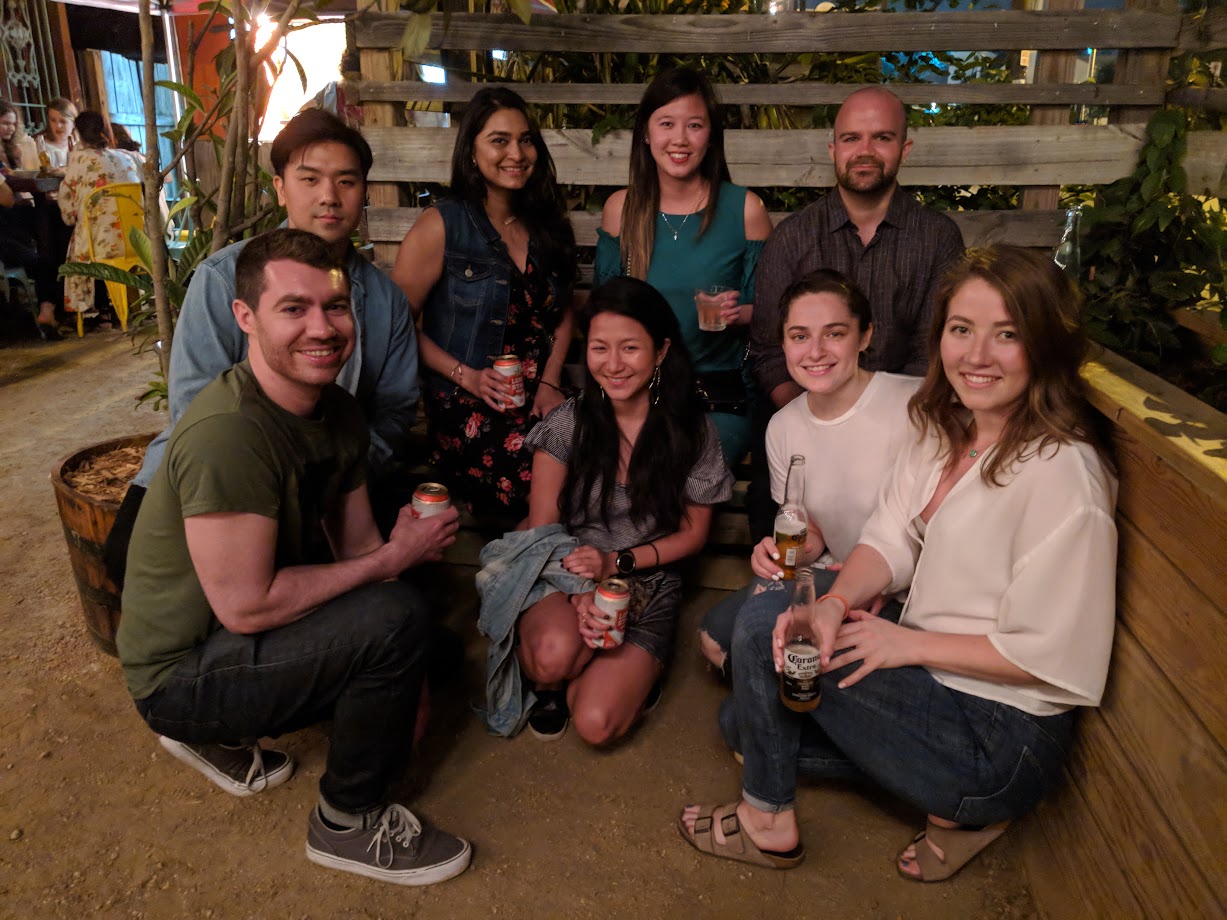 Couldn't have asked for a more gorgeous day
Happy Valentine's Day Z boy, you're one of a freaking kind ♥️ thankful thankful thankful for you
The most patient snowboarding teacher around ♥️ love you @ztoste626
Quick trip to Google Chicago, checking out the new Cloud building! Spoiler alert, it's gorgeous 🤯
This special print finally came in last week ... thank you thank you THANK you @ztoste626 ❤️
Pt 2 of what I wish every Monday AM looked like
%d bloggers like this: